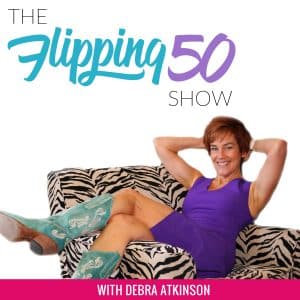 Susan McNamee is doing her 8th of Ironman triathlons Sunday November 26, 2017. She’s 65. A little over three years ago she had done one just a few months before. She’s been busy and she’s thriving on the triathlon lifestyle. Hear her #nevertoolate story. Prepared to be inspired. She’s definitely still got it!

Back in August of 2014 Susan was a guest on the show after her second Ironman triathlon right in her backyard in Boulder, CO. She’s not only completed the 2.4 mile swim, 112 mile bike and 26.2 mile marathon that collectively makes Ironman triathlons, 8 times over the last four years but she’d done numerous half Ironmans, and Olympic distance and sprints as well.

She is a connector in the triathlon community and at 65 she’s a “sponsored” athlete getting companies to support her efforts with clothing, sunglasses, and nutrition to name a few. It’s any young athlete’s dream and she’s relatively new to the sport.

In case you didn’t hear that first podcast, Susan couldn’t swim before she signed up for her first Ironman. Swimming 2.4 miles in open water (a lake, river or ocean) some degree of proficiency is required. Susan swam that first one buoy to buoy. She’s told a few stories of having to do that in rough water since then too but she’s made many improvements since that first IM three years ago.

Ironman triathlons may not be your activity of choice. There’s no denying the dedication, discipline and willpower that it entails. Athletes give some things up in order to get the chance to train to race. They willingly sacrifice for early mornings and early bedtimes to experience the joy that comes from movement.

Every athlete has a story. There is something that motivates a person to do what most people can’t or won’t. It may sound sexy, but it’s often anything but. A cover of a triathlon magazine never looks quite like a finish line for Ironman triathlons when an athlete comes in after swimming in a lake, riding through heat, wind and then running into the night. It’s as dirty and sweaty as most people ever get. At the same time there is something incredibly cleansing about getting from start to end on your own power with your own mind.