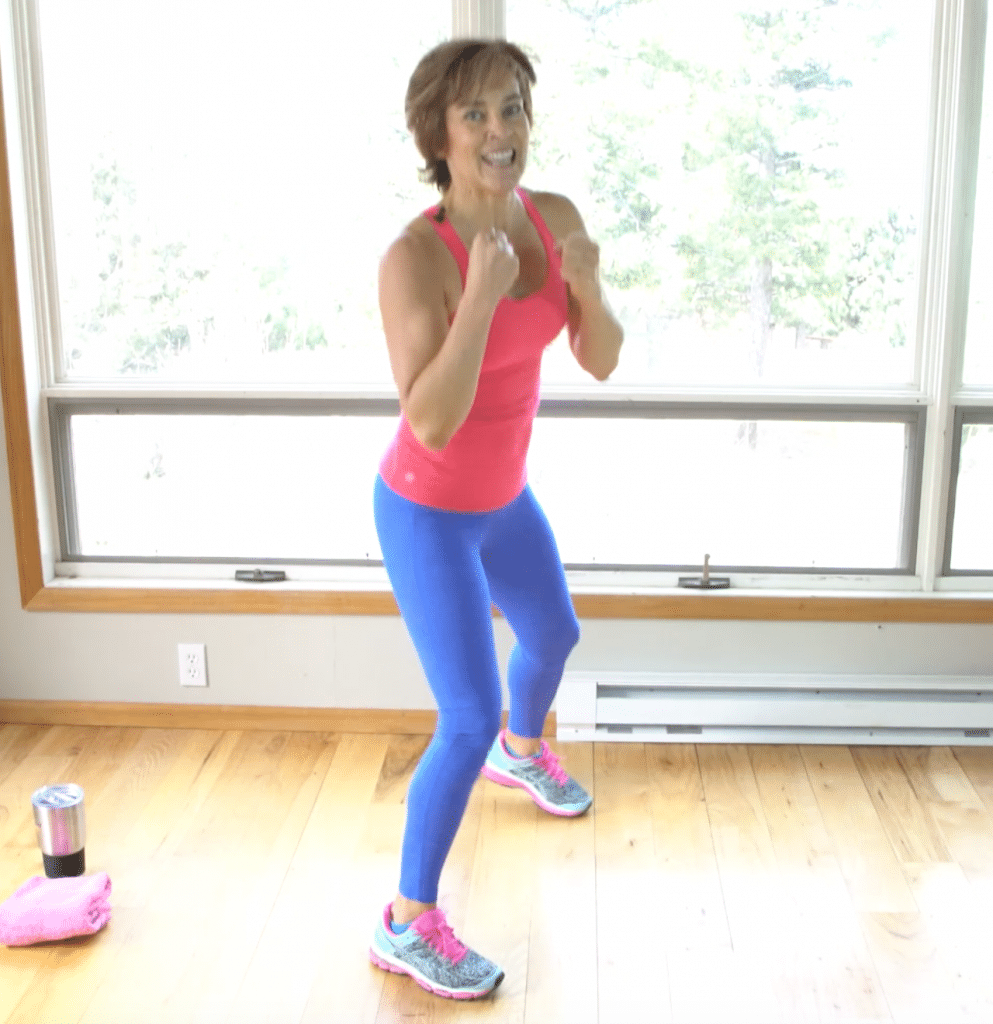 Honestly, it’s easy to fall into the trap of doing what you’ve always done. You know the end of this sentence. Most of the time the end of that sentence is, “getting the same results you’ve always gotten.” Except in this situation you don’t. Exercise during menopause either amplifies symptoms like fatigue and fat storage or those like energy and focus.

If you’re doing what has always worked for you, you’re probably not getting the same results. If you’re trying to do more of what’s not working, how well do you think that’sgoing to work? But that’s often the intuitive thing to do isn’t it?

Frustrating, I know. There’s good news. Exercise during menopause can be more enjoyable, less frustrating, and even less time consuming than you’ve ever exercised before.

5 Truths about effective exercise during menopause:

Here’s why most exercise during menopause doesn’t work:

There are a lot of copycat programs created from something one trainer saw another trainer do.

What worked for one woman will not work for another.

You don’t need a one-size-fits all guarantee, you need a blueprint to find the right balance for your needs.

You’re not all in. You’re testing a program, trying to learn why it won’t work. You’ll tweak it and convince yourself it doesn’t work (because a proven program tweaked doesn’t).

Studies show meals with 30 grams of high quality protein is optimal for muscle protein synthesis. Many of those studies were included in You Still Got It, Girl.

Once you assess your personal signs and symptoms that you want or need to change you can find your fitness formula.

The After 50 Fitness Formula:

Are you tired? Do you get breathless easily? Do you simply suffer from fatigue such that when you wake up in the morning even with a good night you don’t feel rested?

Then you don’t pass go, collect your $200, or start exercising vigorously or frequently before you restore.

Rest and Recovery come first in this formula because we’ve been brainwashed. We’ve been told (and I’ve said it), “energy creates energy.” It does, but only if you have some in the first place. You can have a match but with no wood you’ve got no fire. “No pain, no gain” memes suggest you should just get on with no matter how bad it feels. Fitness and health pros even are showing images of their maximum lifts and recording their mileage on social media. That’s not helpful if you’re too far from that place yourself.

What you don’t see and what they often don’t share is adrenal fatigue they suffered before they figured it out. Or, potentially if you haven’t seen images of those inspiring people recently, check in on them. You too are human. Your life, your work, your worry, as well as your nutrition and exercise all determine collectively your need to do more, or do less, in order to feel better.

Weight lifting to fatigue combined with protein timed carefully before and or after  should be thoughtfully planned for adults over 50 (when muscle protein synthesis – MPS- decreases).

Reduced MPS means you don’t utilize the protein from food you eat as well as you once did. Weight training done properly has been shown to help boost MPS.

Muscle breakdown has the potential to occur at faster rates than build up after age 25 when muscle mass naturally peaks. If you haven’t been lifting weights, and or have had a diet insufficient in high quality protein, you have some catching up to do.

Muscle mass loss is not inevitable. Slowing metabolism is not inevitable. Though hormones can get wonky for anyone, from athlete to the deconditioned they don’t discriminate, it’s possible to reprogram your GPS as soon as you get those signals you’re at a dead end.

You do need to lift weights. You’re not going to increase your lean muscle mass doing barre classes or Pilates or yoga. You may get to the point of muscle failure and you may boost your mood. If you have time, include these types of activity but if you little time, focus on your major muscles, which are in charge of metabolism first. These types of activity can be a first step, or an extra-curricula step after you’ve initiated metabolically active muscle, I’m not throwing them out. If you only have so much time however, you want to think about your biggest reward. What do you love? What will keep you motivated?

Yes you need to breath a little harder. That is harder than you do at rest. If you are in need of restore in Step 1, you do less heavy breathing, less duration. You would never write checks on an empty bank account, right? If you have tons of energy, you’re sleeping well, one or two short duration high intensity interval training sessions a week and longer lighter activity once or twice can serve you.

What doesn’t serve you is what, as a Strength and Conditioning coach, I call zone 3. That’s No Benefits Zone (NBZ). That’s where you may have been exercising your entire adult life.

That’s the heart rate check in aerobics back in the day to see if you were in your optimal heart rate training zone. I did it. I was that fitness instructor making you stop and check your pulse before Fit Bit or Garmin were on your wrist.

But guess what? More than 15 years ago I stopped doing that and stopped two dozen trainers on my staff from doing that because unless you’ve been tested we don’t know what that number should be for a group of people who just stumbled into a group fitness class because it was the right time of day for them.  Predicted heart rate calculations either over or under estimate where adults should be, and most often for adults over 40 they under estimate you.

The world underestimates you.

So let’s just raise a few eyebrows and set them straight.

We have to lead the way. Get off the scale. Treat yourself as something more valuable and important than that number. Don’t let that stereotypical chronic dieter be the right image. Show them a strong woman with goals and value making waves in the world and at starting lines and bottom (and tops) of mountains.

How you feel counts far more than an arbitrary, imposed number. Do not waste time or energy trying to be in some “zone” of exercise for some quota of minutes. The game has changed.

Change your strategy and exercise during menopause becomes more enjoyable, even fun, and more rewarding and beneficial.

Join me for a LIVE Facebook this Friday at 4:30pm MST. I’m going to answer questions about exercise during (or before or long after) menopause. Post your questions below. Turn on your notifications for facebook.com/flipping50tv so you get notified when I go on live.