Is HIIT really the best … for you?

High Intensity Interval Training (HIIT), or burst training, has become known as the fat burning exercise mecca. It overcomes the biggest obstacle to exercise: time, and targets the most common goal: weight loss.

Countless studies show favorable results using HIIT for caloric burn and fat burning. [I’ll mention a few here]. But the story isn’t all rainbows and unicorns. After a decade of HIIT first trending increased injury rates reveal a down side.

This post is all about how and when to HIIT after 50 to get the benefits and avoid injuries. Let’s find out: Is HIIT really best? 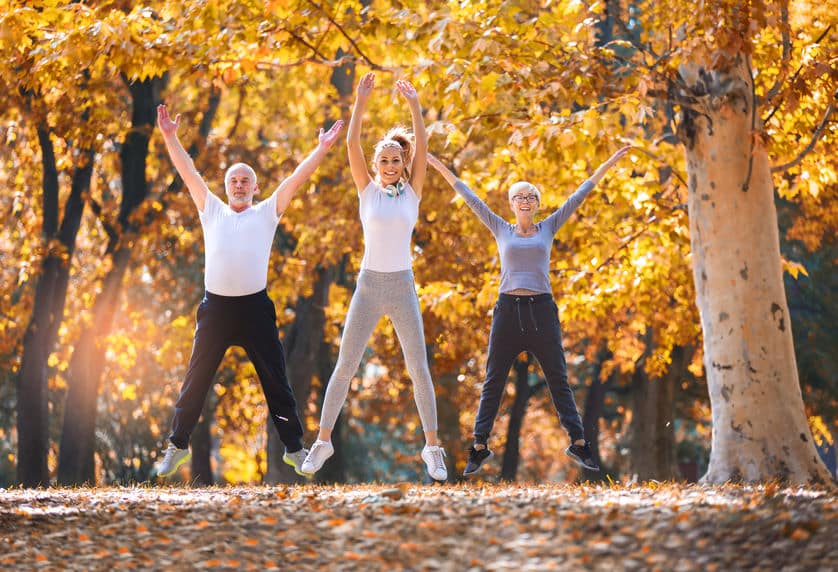 According to Wikipedia, High-intensity interval training (HIIT) is a form of interval training, a cardiovascular exercise strategy alternating short periods of intense anaerobic exercise with less intense recovery periods until too exhausted to continue.

Wikipedia goes on to say:

Though there is no universal HIIT session duration, these intense workouts typically last under 30 minutes, with times varying based on a participants current fitness level. The duration of HIIT also depends on the intensity of the session.

I’ll add: or they should.

It’s become a household term. In 1997 when the original Tabata research, which birthed HIIT, was done few had heard about it. Now, its published in not just research journals, but Forbes and Inc.com, Women’s Day, Reader’s Digest and every news distributor on and offline.

Why We Love It

In fairness to HIIT, and to you HIIT loving reader, at nearly the same time as new studies are revealing increased injury rates from high intensity intervals other studies prove some people can double fat burning the 8 hours following HIIT.

Warning: this is a perfect example however of a study that is likely to be reported without mention of the fact healthy males in their mid-twenties were the subjects in the majority of studies. And that looking at moderate and high intensity exercise in older women there was not significant difference in results. Both were effective.

Still, the study did show that in comparison of continuous exercise (often called steady state) and intermittent training (HIIT) there’s a notable difference. Even though energy expenditure and fat use during exercise did not differ, the total energy consumption (during and in recovery) from HIIT was double.

Further, a review of literature showed a reduction in overall fat mass of 28.5% with HIIT training. Now, to qualify the studies reviewed were not focused on women in perimenopause and beyond. That’s an important detail to note. There have been other studies demonstrating the benefits to midlife and beyond women. But, as above, there isn’t significant difference between moderate and high intensity. At least during… stay tuned.

But, still, is HIIT really the best thing you can do? 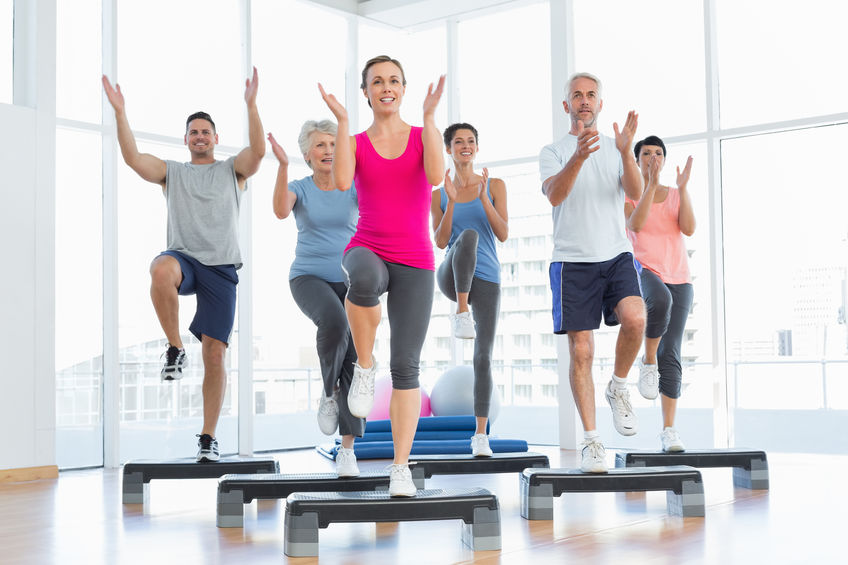 These questions both come up frequently. What about body weight exercise? Can I combine weight training and cardio in my HIIT sessions? In a hurry? I’ll share my short answer? It leads to less effective workouts for both strength and cardio AND increases injury. Just the point in this updated research after 10 years.

My bottomline: Don’t combine. Do the most effective workout for the specific purpose you have. Is it increasing lean muscle? Is it boosting long term metabolism? Or is it just spending 30 minutes moving fast to decrease your current tension and anxiety?

The clean and press, by the way, is a power lifting move that isn’t easy to teach to college students in my experience as a strength & conditioning coach teaching at a university for 15 years. These are not easy moves.

Repeatedly in articles and blogs where trainers, writers, or who-knows-what share:

“For muscle toning and fat burning, you want to be doing lots of reps”

“Do as many reps as you can in those 20-seconds”

Can you see steam coming out of my ears?

When exercise includes exercises like burpees, lunges, and pushups done with the imposition of time or instructions to do as many as possible, risk of injury increases.

Add equipment such as barbells, dumbbells, and boxes and you further stress joints moving through momentum. Simultaneously, you reduce the chance of muscle fatigue (temporary failure) occurring to change the metabolism permanently.

You rely on the intensity of the moment to increase fat burning even while it may lead to a need to completely rest from exercise due to injury.

HIIT, it appears, has two sides. It’s both Cinderella AND the evil step-sister.

HIIT is a fat burning, metabolism-boosting option done correctly. HIIT is a gamble when it’s applied incorrectly due to poor exercise choice, insufficient awareness of proper form, or the instruction given, or too much too frequently to allow recovery to connective tissue (between sessions) and reaction skills (between sets).

So, is HIIT really the best now that we’ve studied it for 10 years of rapid popularity?

During the time from 2007 to 2016 when HIIT popularity has increased (bootcamps) including classes led by fitness instructors as well as personal trainers there has been a concurrent increase in injuries. The overall injury increase was 144% from the time period 2007-2011 compared to 2012-2016.

The distribution of most common injury sites isn’t a surprise. Given the jumping and impact nature of interval training. Ankles, knees, and hips are vulnerable. Lower back injuries would be included in the trunk. Upper body injuries are more likely with overhead shoulder work, weight bearing shoulder work (push ups), and use of tools applying both speed and force before a person has adapted. Use of a battle rope in a HIIT session is a good example.

Why the rapid rise in injury rate associated with HIIT? 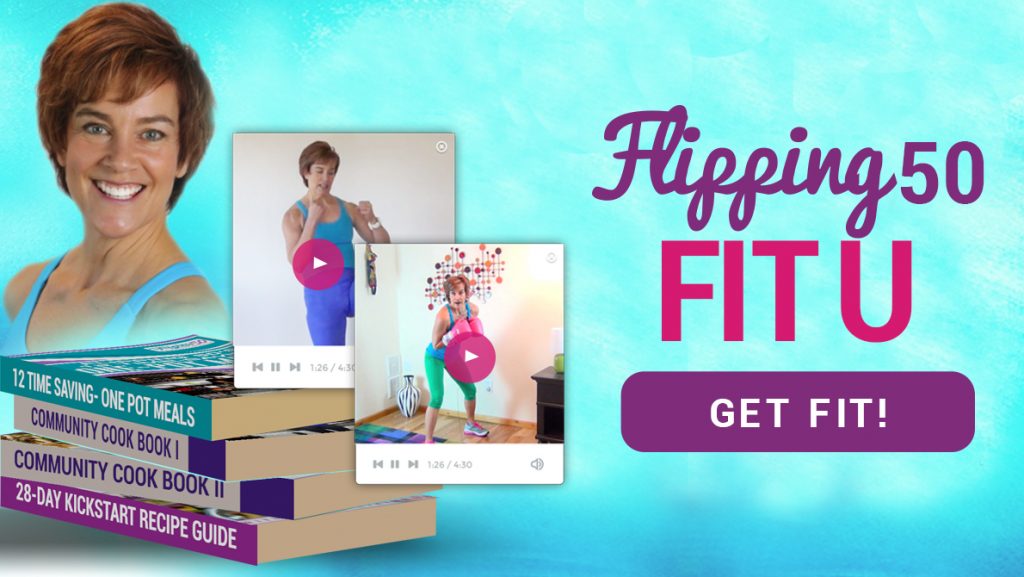 HIIT is a part of my Fit-U program. It’s based on research on women in peri and menopause and beyond. In it, I focus on low joint stress, modifications for those carrying extra weight, and all workouts can be done at home. Individuals within the program interact with me live for specific modifications for their needs (energy, or joint stress) via the Private Facebook group. HIIT does have a place, provided moves and frequency, duration are selected with intelligence and based on people like YOU.

Where did progression go?

In You Still Got It, Girl! published in 2015 I wrote about the detriment to connective tissue, cardiovascular fitness – and hormones – when there’s a failure to apply progression. It’s a key component in exercise prescription.

The basics of progression taught in beginning levels of exercise physiology include the need to slowly increase exercise stimulus. The body is safely allowed to adapt to increasing stressors. Ultimately, it’s a safe and timely application of overload that leads to fitness.

There is an abundance of examples in HIIT where progressions is skipped altogether.

Application of progression in interval training would suggest starting with short work intervals followed by longer rest intervals. The exact opposite occurs with the immediate application of Tabata, which features 8 cycles of 20 seconds of all-out work and 10 seconds of recovery for a total of 4 minutes making a “set.” The set then is often repeated 4 times in a class or session.

Variations of interval training are abundant. Trainers are using their own Workout of the Day (WOD) and protocols. Some supported by science, some simply dreamed up.

Original studies done using Tabata (everyone seems to forget) featured young elite male cyclists. They worked at 170% of their maximum during work intervals and sat still during recover periods. [No, that is not a typo, 1-7-0%]

Of course, since there have indeed been numerous studies done on all ages and both genders proving that yes, interval training has it’s place for everyone. But we still seem to negate the idea of progression. We’re now paying for it.

So if you don’t mind injuries you’re still asking, is HIIT really the best?

The Moves You Use

The movements required to get the body to an “all-out” work level required to impose the stimulus that reaps rewards from interval training often includes rapid movements. Burpees, jumping, squats and other movements done quickly with dumbbells or against body weight resistance (push ups) are common.

When you’re given a short time frame and instructed to “do as many as you can” or “work as hard as you can” it often results in poor form and technique. Movements done repeated fast in bad form lead to injury.

What Could Possibly Go Wrong?

Over a 4-minute Tabata set you would perform 160 seconds of actual “work” intervals. That’s one minute forty seconds of hard work with rest in between. How bad can it be?

In fact, it can be pretty bad. Consider a burpee for instance, a common exercise you’ll see in a WOD, or workout of the day, a highly Impersonal way to design a workout often suggested by “personal” trainers. During a burpee you jump into a push up position from standing, sometimes perform a push up, jump feet back to hands, and then spring to standing or add a jump to finish. You typically repeat these in rapid succession.

Where could something go wrong? 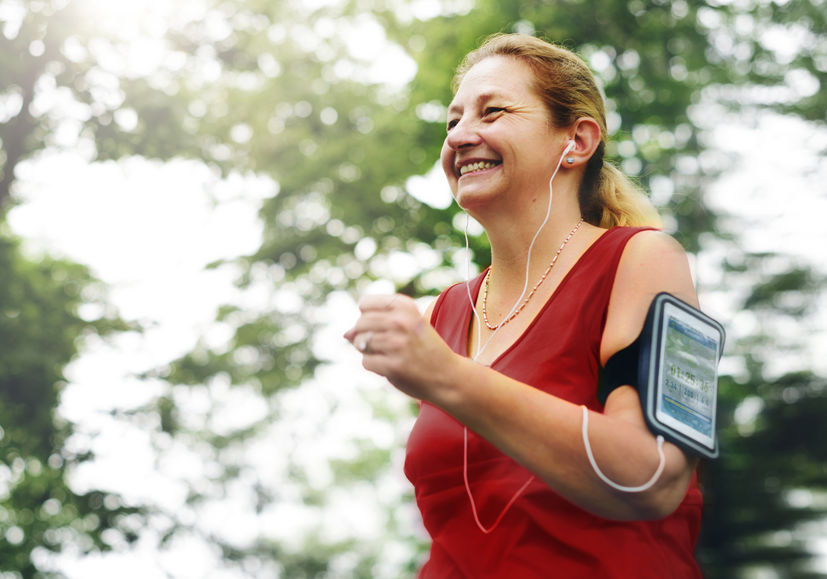 You Can’t Help Yourself

Imagine your reaction when an instructor says, “Go! Twenty seconds!!” Each time you perform this move your technique is likely to deteriorate. You don’t have to feel it during the movement. In fact, the nature of interval training is that it’s likely you won’t. Endorphins will kick in during.

So injury will happen, but it may be delayed. A repetitive injury occurs over time and yet often feels like it was one move in class or one day that did it. Like there’s really no “overnight success” in or out of the gym, these chronic faulty habits often result in injuries that halt all or most exercise for a period of time.

The 144% increase in injury rates correlates with a 274% INCREASE IN HIIT participation.

We’re moving frantically trying to burn fat and getting hurt doing it.

Words I absolutely hate to hear:

“I was in the best shape of my life, until I got hurt.”

I don’t seek to discourage you from HIIT with this post. My goal is to arm you with information to be a critical thinker about your own HIIT schedule. I do hope you’re asking, is HIIT really the best FOR ME?

There are numerous benefits for hormone balance when HIIT is applied correctly. Just as there are amazing pharmaceuticals and medical protocols that can be helpful, you want to take the right dose at the right time and mitigate negative side effects.

Choose the Moves You Use Carefully

Instead of push ups, battling ropes, over head press: 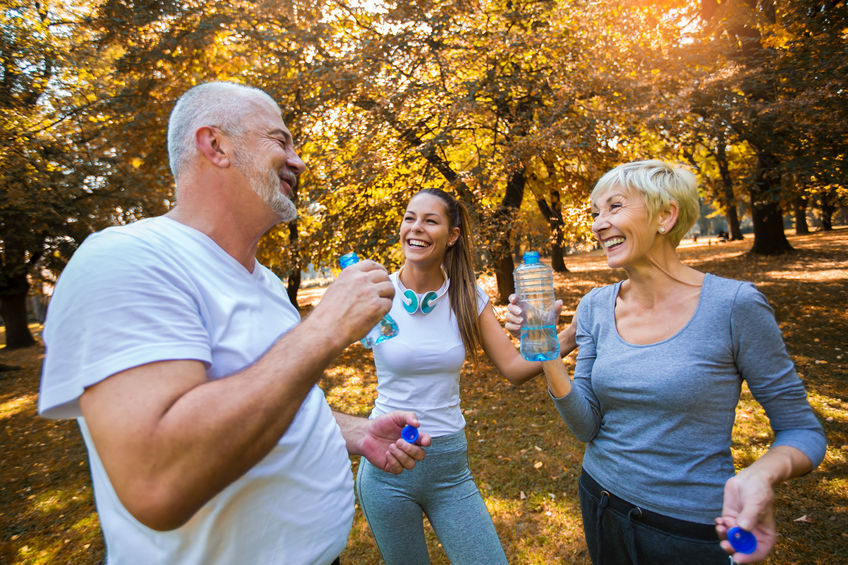 The problem with HIIT is that it’s often not begun or continued mindfully by women in midlife.

1) Use of HIIT with adequate recovery between sets and sessions

For that reason I recommend doing cardio and strength training in separate parts of your workout. Whether you do them concurrently (same day) or alternate days does not matter for foundational fitness. Mixing up your strength training with cardio segments reduces the effectiveness of both.

Long term, fat-burning benefits from interval training will only occur from imposing HIIT on a regular basis. You have increased fat burning following HIIT workouts.

The best of both worlds

Are You Making HIIT Mistakes?

Why HIIT Injury Risks Are High for Women in Menopause