IS THERE REALLY A GENDER BIAS IN WEIGHT LOSS?

Let’s put the gender bias toward pressure to be thinner and beautiful and accomplished aside.

By now, you’ve witnessed it yourself or you’re heard it lamented by your friends, he loses weight faster and easier than you. 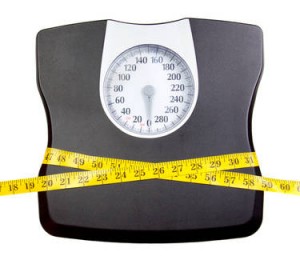 Well of course we could blame it on hormones again. There is an obvious gender difference. Women have a hormone roller-coaster ride that men don’t. Women go through menopause. Men don’t. If you’ve wondered about men losing weight with more ease than you, consider that you may have measured wrong.

If you eat the same thing and you exercise the same way, a male will inevitably lose more weight. Even if portion size is take into account and you eat less of the same food this will probably be true. If you both go to the same exercise class he will burn more calories. If you both walk the same distance he will burn more calories. Your energy expenditure is not the same. Women are generally smaller and have less muscle tissue and more fat.

Thus, we have been measuring wrong.

[One way women sabotage themselves though when they’re trying to lose is reducing protein by so much they if they lose they’ll lose muscle and metabolism right along with it. You as a woman carry more fat – for reproduction pre menopause – and potentially (though NOT inevitably) because of a lack of estrogen post menopause. Having more fat to begin with and increasing it with a sway toward more carbs/sugar than protein hurts your chance of weight loss that is fat loss.]

If on the other hand if the energy expenditure per session and the energy intakes were more closely matched men and women would lose at close to the same rate. So in order for you to burn the same number of calories or effect your calorie burning after exercise -as much as a larger, heavier man with more muscle – you would have to add another set of weights or another set of intervals.

Is that always going to be a good idea? No. Potentially, it will increase your risk of injury. You could walk a mile and a half instead of walking a mile with less risk of injury. Or you could do the same workout and increase your daily activity more. Work the stairs, stand at your computer instead of sitting, walk at lunch and dine at your desk after your break. There’s a lot of proof that increasing your all-day active effort increases total energy expenditure for metabolic boost as much as “exercise” that’s formal or at the gym.

Chances are this will even the score …. and potentially the scale in the gender weight loss inequality.

Got a question or a comment? Love to hear if you and your significant other have worked on weight loss or fitness goals together and what kind of results you had.