Is your exercise making you older and fatter faster? This title could have been is exercise making you older, fatter, OR faster? I’m tackling a tough subject here and I haven’t taken it lightly. I haven’t written this post from say Thursday one week to Tuesday of the next and thrown it on the Flippingfifty.com site. Let me justify that statement: I don’t just throw posts up ever. (In other words, I don’t vomit on you!) But some posts can be written more quickly.

When posts are a matter of history, experience, reporting a case study, or sharing my opinion and I’m not reading entire books, researching to fill a book or books, I can write from a reporting basis without fact checks. In those cases I have and am the source of the facts.

In this post, that’s not the case. I can give background, experience and a peek into how science has changed over the years, because this topic not entirely new. 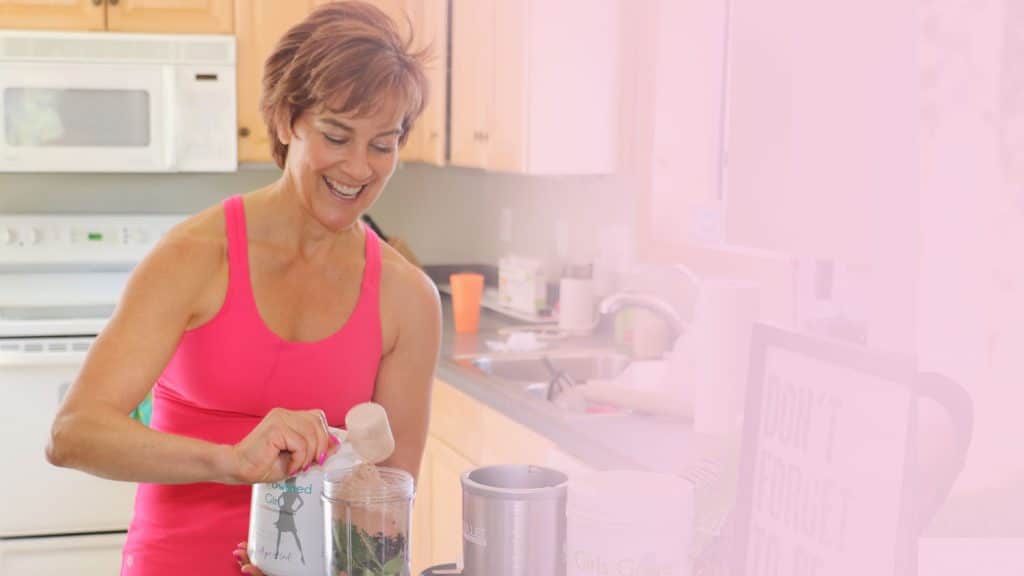 I can offer truths and proof from years of application and though I’m one person, I can share what I’ve witnessed observing two dozen trainers leading programs and supervising over 240,000 training sessions in a 6-year window along with the success of trainers who once were students in my university classrooms. I taught an average of 200 students each semester for the majority of 15 years as a Senior Lecturer in Kinesiology.

But I need to pull in the sometimes bi-polar research from most recent years. Then there’s the piece of evidence that can’t be ignored: the aging athletes and exercise enthusiasts from each side for whom research may or may not fit. They are still evidence of outcomes.

For the past four years I’ve had a bit of an internal struggle.

You see, although the science all points to shorter, higher intensity workouts and to longer lower intensity exercise as hormone optimizing exercise, my preference for 30 years rides in the middle of the two. I like that (implied) deadly zone of really no benefits and plenty of pitfalls and devastation where longevity and aging accelerate was where I found solace. I wrote books, letters, had conversations I could never have had with staff members and loved ones doing long slow distance workouts. I was better for it. It gives me reason to ponder whether exercise making you older fatter faster is subjective and uniquely individual. 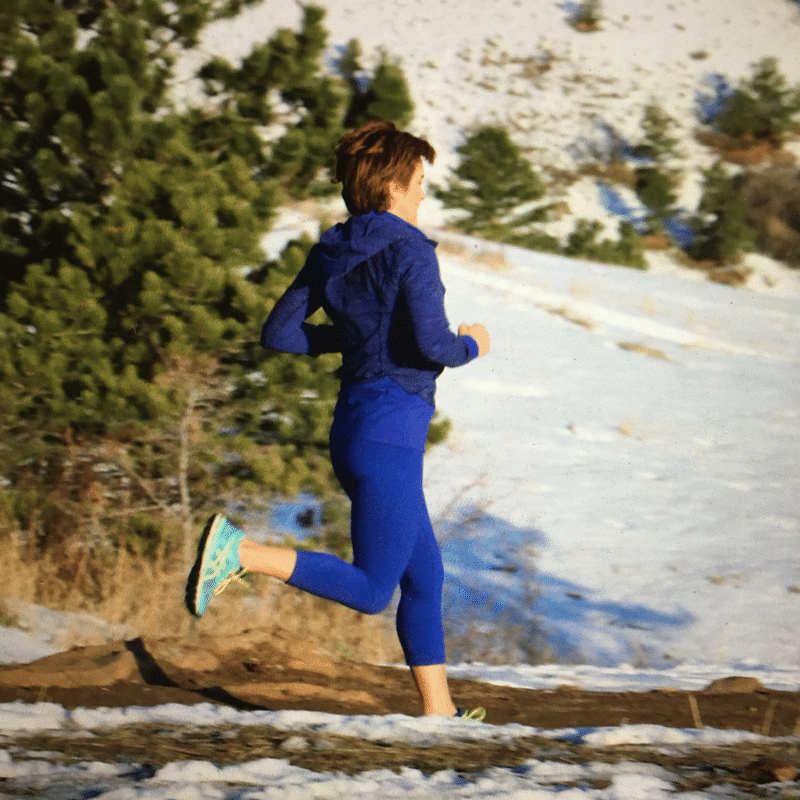 If I was promoting (my own) accelerated aging, I didn’t feel that way. Maybe each of us needs to ask, is your exercise making you older, fatter, faster? Maybe it has nothing (or little) to do with anyone else.

In fact, I frequently got compliments on my skin and my physical condition. I was carded in my 40’s. OK, just once but I can still talk about it, right? Because what happened the next day was someone calling me “ma’am” and I distinctly remember thinking, when did I become a ma’am? Part of me is still getting over that.

But the research and scientists…

… suggest long slow exercise shortens telomeres, one of the markers of aging. It contributes to muscle wasting because of the breakdown (catabolism) which occurs more rapidly and lack of anabolism, or increasing muscle tissue repair and rebuilding).

… say that hormones like cortisol are increased, and testosterone is decreased, both reactions which create our inability to maintain lean muscle tissue and promote more fat by doing so.

… say that short, higher intensity sessions improve cortisol levels by optimizing a positive response and minimizing negative ones; improve testosterone and growth hormone levels making it possible to get and keep more lean muscle tissue. The truth is that many of the people doing High Intensity Interval Training (HIIT) are ONLY doing it. They do it so often they are causing more catabolism (breakdown of muscle tissue) than build up and risking injury while they do it. If you’re doing HIIT and Crossfit-like moves, you need to recover a minimum of 48 hours between sessions at any age. Many adults over 50 often do better with 72 hours recovery between high intensity exercise.

But actually, endurance training is positively associated with longer telomeres.

That is, it offsets the effects of aging on cells.

Too much inflammation and oxidative stress is known to damage cellular tissue but so far, the restorative and rejuvenation effect of exercise on telemeres is positive.

So as I returned to training for Ironman distance triathlon this fall I am torn. If you believe some strictly HIIT supporters then yes, this would be the exercise making you older fatter faster. I’ve trained with albeit a very, very, different (aka scary with less than a month to race day) and reduced volume of training (compared to prior event preparation) that is still far above that which has given me and thousands of my clients, readers and subscribers better results thanks to the last 4 years of research.

There are two types of intensity to consider: true high intensity that comes from speed, hills, or heavy weights with power, and the sheer intensity from volume. I’ve reduced volume-based intensity significantly. To be specific for completion of a goal, some amount of intensity had to go in favor of time in the saddle, or on my feet for instance. No one would be wise to tackle a 26.2-mile event having only spent time interval training for 20-30 minutes a few times a week.

The purpose of my training experiment is/was twofold. First, I have unfinished personal business testing my physical, emotional, and cognitive best. Second, I wanted to test hormone fluctuation to see just what happens to this woman in the middle of her 53rd year flirting with the end of estrogen as she knew it and yet isn’t on stable ground on the other side of that journey. In other words, I’ve thrown myself under the bus. Pick a volatile time in your life and then add some more stress. Some how I got in that line.

Here’s what I’ve discovered along the way that is highly intangible and hardly quantitative.

Because of my training…

Rereading these last three paragraphs I interpret: exercise benefits are not unlike the benefits of meditation. For some of us, the exercise sweet spot is quite meditative. Not everyone finds that space, though it’s there for each of us.

It’s not a space focused on belly fat or weight loss reflected by a scale. It’s not about burning calories, fat, or feeling the burn. Those things become bonuses for the greater feeling of loving the activity and the feeling it brings.

Frequently when someone hears I’m training for an Ironman, the comments linger around the fact that they feel like a couch potato or that it’s so time consuming. Truthfully, yes it could be. In fact, in Boulder where someone is always doing more training than you, it would be easy to be swept into more is better mentality. It’s just that is not the way I choose to train. If you’re a regular exerciser, someone who actually enjoys it, training is not a big reach. You’re extending training to include more specific progression while continuing to cross train with a balance is the smart approach. Isolating focus to swims, bikes, runs in spite of life events that can feel like sprints, is a recipe for disaster.

Is Your Exercise Making You Older?

Older runners are capable of getting faster. They also get stronger. Improvements are not only available in running. Biking and swimming are similar. When the training changes the results change. Less exercise, with more specific focus and more recovery between sessions gives far better results.

Unfortunately, for those who flirt with overtraining, overdoing, and more-is-better mentality reduced performance, injury, and slowing may be more likely. In fact, aging and stress may be as much a factor of desire and preference as they are of science. Ultra marathoners seem to have longer telomeres than less active peers. Though the oxidative stress and cortisol response might logically seem so paramount the opposite would be true, the actual testing shows otherwise.

Your sweet spot for training your brain, hormone, mood, energy, and physical body is unique to you. As long as you’re willing to reroute, do a U-turn when necessary, take the scenic route, using evidence of what’s happening, you’ll create the perfect anti-aging (or pro-aging) plan.

Your turn! I’m collecting a list of “Because of my training/exercise….” inspirational cards to post for you and me and every babe currently over 50 or heading that way. Will you help me inspire?

In order to make these authentic I would like permission to use your first name and your age. So if you would comment below.

Because of my training/exercise… [personal transformation or benefits] – First name, age