Today’s fitness post strays a little from my recent Thursday updates about my training status. That should be a hint. To borrow a phrase from a client, I’ve fallen off the wagon and got run over by it. The last couple weeks have been a blur of business preparation, business trips, new projects and catch up.

Though with good intentions I drug my suit, goggles and nose plugs (chlorine makes me sneeze all day – so yes, I’ll be the geek underwater instead of with a tissue all day), I didn’t swim at all last week. Time for redemption: I have my suit, the outdoor pool is 81 degrees and I might catch a glimpse of Air Force Academy cadets if I get over there early enough tomorrow.

I’m writing spurred by a blog I came across. In it the author questioned whether it’s harder for a woman to stand by her health choices and stay committed. What the author, I am interpreting, meant is similar to resistance I’ve written about before. We resist our own change – that’s internal. If our external environment also offers resistance, that’s two strikes. It doesn’t take much more to tip the scales in favor of abandoning ship. 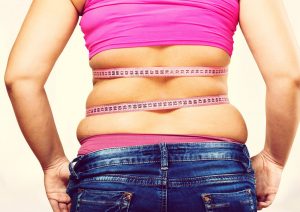 Yes, I agree it is harder for women to stand by their health choices. Especially, I might add any woman right now over 50, and niching down I would say 53 or older. I’m talking baby boomers and the older silent generation. Anyone born of these two generations who is the exception to the rule is either put on a pedestal as if she’s a perfect example and ahead of her time, or odd/bizarre and perhaps slightly OCD.

I also believe that to some extent we can bring it on ourselves. We may have a history that has conditioned us but once we’re adults and have the wake up call, we have the ability to change.

Women boomers and silents haven’t been socialized to put themselves first and weren’t encouraged to compete at young ages. So is it any wonder that we have a harder time dedicating time, money, and energy to our fitness?

The very definition of “fitness” is really the question here. A colleague recently posed the question, “Do you think the fitness industry has a self-image problem?” to her social media following.

As recently as a couple days ago, a fitness owner shared that a petition of fitness trainers and members in his businesses requested some changes in a new site that’s been open for a couple months. The number one request? More mirrors.

When 1.5 miles down the road from the center, a university exercise psychology professor’s research clearly points out that intimidation is one of the biggest reasons given by the overweight and obese for not joining gyms. Next, by the way is the discomfort caused by intensities selected by fitness trainers, intended to get fast results. Such prescriptions fail overweight and obese individuals because the response they have is quite different than a normal or slightly overweight individual. For them, there is no endorphin response. They must self-select their exercise intensity in order to elevate positive feelings associated with completing exercise.

The members of the petition list are primarily body builders, who make up a significantly low portion of gym members. Albeit, the members who make the most frequent users of the club. Whereas these gym members may use the club twice a day in some cases, statistics from International Racquet, Health, & Sportsclub Association (IRHSA) reveal 66% of gym members use their club fewer than 2 times a week. They are the members most likely to drop out due to lack of participation. The reason given is cost of belonging to a club they don’t use. Attrition rates for health clubs have not improved.

The number of adults exercising regularly enough to positively influence health has not improved in the 34 years I’ve been in the fitness industry. From the first time I stepped in the front of a room to lead group fitness or heard my white haired professor “Wally” tell me that statistic, to the 15 years I shared that information with undergrads in my own classes in Kinesiology, to now, the fitness industry has diversified it’s population of the same number of exercisers.

The faces have changed in some cases: mostly in the less fit, more intimidated individuals who aren’t yet habitual exercisers. They are the dropouts and newbies constantly remodeling the face of membership.

Among the habitual exercisers the faces change less unless initiated by a move, an itch for something new and unique- in which case they leave and return with predictably regularity. They’re the ones with more frequent injuries potentially from over use and trendy fitness habits rather than finding their own best fit.

There are those who have rituals inside the gym. They are on the same machines or those that are most like the ones they used 20 years ago, going through very similar workouts that they did “in the day.” It’s like a coffee routine for them. They’re regulars. They aren’t more fit. Then again, they aren’t terribly unfit.

We have the extremely buff who isolate muscles with daily exercise body part by body part, who carry gallon water jugs in the gym, are so exhausted between their workouts they take naps, and shun eggs because they have too much sodium in them. Is that fitness?

There’s the class culture. They attend group exercise classes with regularity. The schedule determines their fitness routine. The leadership, music, and sense of community binds them to each other. Familiar faces in class make it easier to return for the ones who’ve braved their first visits and withstood the “outsider” feeling when the instructor talks to the group in code they don’t yet understand. These folks may drift into other areas of the gym but their path if you could see it mapped would be front desk, locker room, group fitness, locker room, front door. Is this fitness?

Then we have the occasional exerciser. The one who starts then restarts throughout the year. No fitter, some fatter, and more at risk for injury every time life gets hectic enough for her to warrant a full break from activity. Is this fitness?

I sometimes cringe when someone uses the term personal trainer to describe me. I’ve seen too much. I know too wide a continuum. I want more of the fitness industry than to be bronzed (spray tanned) examples of muscle perfection honed by hours of repetitive motions that may or may not contribute to better lives outside the gym. A pretty body is not necessarily a functional one. A beautiful reflection in a mirror that will fade after a competition will be what kind of memory? Is a fitness test in this case a test of willpower to diet to extremes that even health professionals acknowledge as they do it would not be healthy to do long term?

We’ve got room to grow. The fitness industry compared to other industry is still relatively young. My hope is that the growing pains don’t hurt or impede progress for helping more people improve the quality of life.