At the end of one of my coaching programs, a common question from participants is often, now what?

Meaning, How do I exercise now? How do I eat now?

We’re such creatures of habit.

I want you to fight it. Fight for your success.

Your ridiculous brain is trying to tell you, Noooo!!! I’ve always done it this way, surely if I work harder, do more [of the same thing that isn’t getting results] I will begin to see better progress.

Do you know where this is going?

What I want you to realize is that this isn’t really your brain. It’s the little diva [that’s my nicest way of saying another word that starts with B and rhymes with itch]. She’s wrong.

If you removed weight, increased energy, lost inches, improved sleep while on a program the real brainiac in you would suggest that continuing to do what you’re doing will help you continue to see progress.

Identifying foods that cause inflammation has helped my group and private clients get off the plateau of weight resistance. Some have lost 9lbs in the last month, some fewer pounds but 4-6 inches, others lost less but have increased sleep and energy and lost cravings. The following are food triggers many of us are vulnerable to:
Dairy
Eggs
Wheat/gluten
Sugar (this is an across-the-population, all the time eliminate and exclude, particularly fructose – and check some of those ‘healthy’ drinks and bars you’re buying – it’s time to level up your protein shakes and stop eating packaged foods, the marketing of food to your weakness of weight loss is working to get you to buy weight loss foods that have obesogens in them)
Sometimes those foods can be reintroduced after a break from them without obvious reactions. If you reintroduce them without bloating, digestive issues, or lethargy that doesn’t mean you can or should eat that food every day. They still are trigger foods – that is, foods that have hard-to-digest proteins that if eaten too much or in small amounts frequently will prevent optimal weight and energy. If you are not at your ideal weight your sign of intolerance to a food is weight loss resistance, and by continuing to eat it too regularly you continue to expose yourself to it and will fail to heal your body.

Heal the body?
Inflammation internally from food is not unlike when you have a virus. The inflammation makes you feel bad, not the virus. When you have inflammation from foods, the same happens. Your body’s response is to attack the food particles that your body is unable to digest well. While it’s “fighting” in attack mode, it’s in survival mode and trying to protect you. It does that by storing fat. It’s going to hold onto it to protect you. 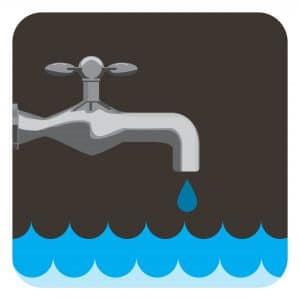 What else turns on inflammation?

Two habits you likely have turn on inflammation. I gave it away in the headline.

The first is long slow endurance exercise. My research for You Still Got It, Girl! found that 75 minutes of even slow steady exercise was the marker where cortisol begins to increase and essentially counter stress relief benefits of exercise. Recent studies have shown even 45 minutes of steady state exercise compared to short bouts of interval training lead to increased cortisol response.

What does that mean for you? If cortisol response to exercise is high your body has a greater catabolic response. Your muscle breaks down much faster than it can build up. You want to exercise, yes, but in a way that mitigates cortisol response so that you have an anabolic experience. That is, you create lean muscle tissue and retain what you’ve got.

The second inflammation-on switch is a diet too low in carbohydrates. I know, I know, you’re hearing that’s the best way to go. You’re not reading the fine print though. If you have high cortisol (got stress?), and it shows up in places like poor sleep quality or quantity, forgetfulness, brain fog, skin issues, belly fat… there is a really good chance your low carb diet is making you fatter.

The answer isn’t suddenly to start carb-loading. It is to start a form of carb cycling. Eat more of your carbs toward the end of the day. I’m suggesting the right kind of carbs, not just any carbs.

If you’re combining these two habits, longer endurance exercise, and lower carbs, and not getting results you want, it’s because you’re following a recipe for belly fat. That’s right, you grabbed the belly fat formula instead of the flat-belly formula that you meant to reach for.

You’ve got to fight against your old habit gravity and use the evidence that what you’re doing isn’t working, or that a change in how you exercise and eat IS working and instead of going back to old ways.

In fact, if you’re not sleeping, you’re stressed, and you add more exercise and fewer carbs, you increase cortisol so greatly that you will be further away from your goals. You will also decrease growth hormone production, and have a downward spiral in a handful of other hormones that will work against your goals.

What’s a body to do?
1. Start the day with a breakfast with high protein and fat
2. Exercise short and hard early in the day whether it’s cardio or weights
3. Move throughout the day but don’t do cardio for hours on end
4. Sleep like a boss
5. Reduce your stress and the health-harming ways of coping (sugar, caffeine, alcohol)
6. Over the course of the day increase the carbs you include at meals
7. Ready for support? Get on my waiting list for the next live group coaching program.