You’re doing everything right. You’re eating more vegetables. You’re exercising more. You’re aching joints are telling you the exercise may be too much.

Sure you’re smart to take a second look at your exercise. It could be that it’s too much of a good thing or that you need more recovery time between exercise sessions. However, it could be something entirely different. Don’t be quick to assume it’s your age. Your dinner might be to blame. Even as you stroll through the buffet with the intention of eating well some of those crudites lurking on the tray might not be best for you. Read on for a not so out-of-the-ordinary instance of sudden joint pain.

Sitting down to a bowl full of chili on a cold night sounds perfect. So thought Evelyn. In minutes though she was congested. By the end of her meal she wasn’t breathing out of her nose at all. Within 90 minutes her joints were achy.

What’s the culprit? She’d been eating “clean” and had already eliminated wheat and gluten from her diet having found it was a trigger for her. She knew long ago dairy wasn’t OK for her. Recently, she discovered soy increased hot flashes that disrupted sleep. What now? 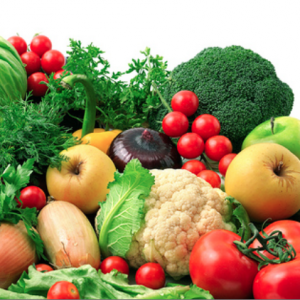 It turns out the tomato and the peppers in the chili could both be a problem. A part of the nightshade vegetable family, these are common contributors to inflammation. If you suffer from arthritis, fibromyalgia, or another autoimmune condition nightshades could exacerbate and flare it. Wheat and gluten foods are also tied to inflammation and those with an autoimmune disease usually do better eliminating them.

How Do You Know If You’re Sensitive?

Remove nightshades from your diet temporarily to test whether this is a trigger for you. Though the suggestion is often to eliminate nightshades for at least three months, if you’re sensitive to them you may feel better within days of removing them from your diet. After three months you can reintroduce them and see how you do. Some agree it’s not worth risking feeling that way again.

There are a lot of things to consider when you’re not feeling 100%. If the “healthy” actions you’re taking. Be reminded that “healthy” is not a one-size fits all. What someone else may be able to eat and thrive on, may not work for you.

It may not be that you’ve overdone it, that you’re getting old (you know that one burns me…it’s not inevitable that with age come problems!), or an exercise was bad for you.

Have you discovered the way to eat that serves you best?

In You Still Got It, Girl! The After 50 Fitness Formula for Women I walk you through how to test the most common triggers. You also learn how to exercise better if you do have joint pain now.