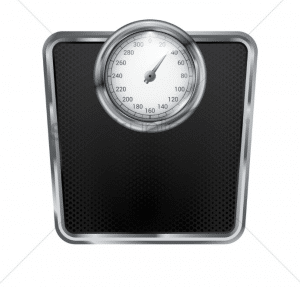 What’s gut health got to do with the results of your exercise program? I frequently get emails from women who aren’t getting results from exercise and from those who don’t know where to start. Because I’m a fitness expert that has a wide variety of expertise including yoga, pilates, kickboxing, triathlon & marathon coaching, strength & conditioning for sport, medical exercise specialist for working with specific conditions I’ve seen it all. The one thing everyone has in common is digestion. During exercise training it becomes clear that the nutrition habits of a client are working or not.

A mismatch of nutrition and digestive needs shows up in conditions like IBS, obesity, arthritis, as well as inability to reach goals like losing fat, gaining muscle, or simply gastritis – the embarrassing and sometimes painful gut – during exercise.

I hate to say it, those poor hormones, but I’m throwing them under the bus again. As they change they may also change your gut health. You’re more susceptible to negative effects of stress due to the interaction of changing hormones and the domino effect one has on another. So what you used to do may suddenly not work for you. Then, again, we have to be honest, if you’ve not been as consistent with your exercise and you’ve settled into some less-than-stellar nutrition habits, it can be the combination of the two causing a sluggish digestive system (Fact: if you move more outside you move more inside).

Have you experienced gas during exercise? Both higher impact exercise like running or low impact exercise with twisting and bending like Pilates and yoga can also cause those embarrassing moments. It’s enough to discourage you from exercise in public, or might cause you to ditch it all together.

This is a sad place to be and I know I’ve been there. (more on my story below)

The answer isn’t giving up exercise, though it’s giving up the foods that cause those things to happen. That said, who wants to start anything that revolves around deprivation? Further, how do you know which foods to give up?

Depriving yourself or eliminating entire food groups is no fun.

If you know what to eat for your best energy, you may indeed be eliminating certain foods temporarily and some long term. When you realize how good you feel it won’t be a challenge for you. Plus, you don’t just stop eating foods you like completely. You’re just going to make a “flip.”

Dairy can cause common digestive issues like gas and bloating, and skin problems. (Who needs acne AND wrinkles at the same time?) If you have inflammation, arthritis, or joint pain you will also likely notice it is much reduced after you remove dairy.

If you’re immediate concern is calcium, you can relax. Non-dairy milk alternatives actually have MORE calcium in them than dairy does. There’s plenty of controversy about the fact that Americans consume more dairy than other countries but also have the highest rate of low bone density (osteoporosis). So there is that matter of absorption to consider.

But what about cream in your coffee? What about creamy comforting soups? What about cheese on salads or sandwiches (more about sandwiches next)? There are flips for everything. Coconut cream or coconut milk powder is a great creamer for coffee (drinking it now as I write this). Goat cheese is amazing for creamy soups and crumbled as the feta cheese substitute in your Greek salad. I love it topping a pizza (yes, even without wheat and gluten you can have pizza).

Does it take a little getting used to? For some it does. Once you feel the difference you’ll say something like this, “I like feeling good.” It’s a comment from one of my private clients who was resistant to changing at first. Once she jumped in and tried the flips for a full week, she agreed she could do another. Then there was no turning back. She said, “why would I ever want to stop feeling this way?” Exactly. Having energy, not having to worry about embarrassing gas, and feeling good in your own skin is something you’ll love too.

And sure, occasionally you may decide that having one of those foods you’re sensitive to is worth it. Maybe for you it’s enjoying a cocktail a few days in a row even though you know it isn’t your best energy friend. Or you go ahead and have dairy creamer because it’s what’s available. A little bit here and there won’t be as bad as a little bit every day. As harmless as that might seem, that moderation of foods – if they trigger a negative reaction in you – is like having an IV drip of just a little bit of arsenic! You wouldn’t do that right? So eliminating completely for a while, then rotating it in occasionally will allow your body to handle it better. You might feel the effect for a day or so mildly and not be on your best game, but that’s it.

I alluded to my own gut health issues above. Let me share a little now. Right before and in the early years of my marriage I had a really terrible time with my gut when running. I loved running and yet I got to the point where I was nervous to go.

It’s not uncommon for a runner to reach a new distance and experience a little gastric distress. In part, that’s due to the stomach shutting down during exercise and getting touchy about taking in fuel. All of your blood is either diverted to working muscles (in exercise this is what happens) or digestion. So after longer periods of running than the body is used to there can be some disturbance. That wasn’t what I was experiencing though.

Even during shorter or moderate distance runs at lower levels that I was used to could catch me feeling like my gut was going to explode. I knew I either was going to have diarrhea or just cramping that made it impossible to continue. I’d be running with my husband or a friend have to slow way down, walk, or I’d double over with my hands on my knees until it passed. I can distinctly remember doing this on the streets of Munich, Germany and on beaches in Hawaii in addition to the streets around town during that period of time. It was awful.

I didn’t know at the time just what was the cause.

Now, I suspect that it was a lot of things. I was at that time in the early 90s eating a lot of gluten, wheat, artificial sugar, and my pre-run meals were minimal. Both the food I was eating in general and the lack of it during the run were issues. Later as I began to eliminate gluten in favor of brown rice and natural sources of carbs like sweet potatoes, I felt much better. I actually felt the best and still do avoiding that “carb loading” thing completely. I do increase my carb intake surrounding longer workouts (if and when they exist) but nowhere close to the old school thinking. Most endurance athletes have shifted away from that model too.

The second thing I realized is my stomach needed something in it pre-run to feel best. Even though I’d been one of those people who claimed I felt better exercising on an empty stomach, I was open to anything. Stomach acids churning on nothing and the stress of running together can be a bad combination. At the time I was having coffee pre run but very little else. In fact, it was more a combination of chemical stew than coffee and I suspect, though it took me years to determine it, that and some emotional stress during that time was too much. As I added food to my pre-run more regularly my issues disappeared. I was back to the point I felt like I had an iron stomach.

Dairy free, soy free, and wheat, and gluten-free have worked for me. I can do some sprouted wheat but don’t over do that. I’ve become more metabolically efficient (shifted to a greater ability to burn fat) which can be done for anyone and my clients who get this stop losing muscle and experience greater results. Don’t get me wrong, I don’t eat extremely low carb but I focus carb intake around my activity or the need to reduce stress and inflammation. I teach clients how and why to do that as well as when too.

You can’t out run a bad diet.

You’ve heard about the inability to outrun a bad diet. It gets tricky when “healthy foods” no longer refers to a universal truth for all of us. Your optimal fitness results require the right exercise, at the right time, but can’t overcome the wrong food or digestion and absorption issues that impact gut health. You have to find your own food tolerations. I’ve mentioned my own big sensitivities but for others there is an entire other layer. Your gut is as unique as your thumbprint and your gut fitness will affect your exercise.

Signs and symptoms you haven’t found the right nutrition include gas, bloating, weight loss resistance in spite of your effort, frequent illness or injury. If you look in the mirror you may see skin aging or dull instead of a glow that a healthy fit woman ought to have. You may have trouble getting muscle definition and have sagging, crepe skin.

Take the Next Step for Your Fitness and Gut Health

If you’ve let this go for years or months really not paying attention, the best thing to do is join Fit U. It’s an 8-week program for those who need to lose 20 or more pounds. It includes the mindset shift you need to adapt to new thoughts on weight loss and fat loss based on new science that’s replaced what you once learned and the science of hormone change and studies on YOU: the over 50 female.

How could you ever adopt research done on 20-year-old athletic men (the majority of study subjects until very recently) and expect that to work? It’s what programs both online and live in bootcamps are based on.

If you’re a DIY gal, jump into the After 50 Fitness For Women course. For coaching live with me in a group setting, the 28-Day Kickstart walks you through this process in a short course and probably has the most popular status of all programs.

I take a limited number of private clients who are primarily professional women who want custom exercise programs, weekly exercise nutrition coaching, and need to do this quickly and efficiently at their convenience. We commit to 90 days minimum and some continue on an annual basis to bump their game from a weight loss focus to a bigger goal. Reach me through the contact to apply if now is the time to invest in yourself. If it’s a good fit and I have openings I’ll set up a pre-coaching consultation. Please check the coaching options in the store before you connect rather than inquire about coaching rates. They’re in the store.